From the Centers for Disease Control and Prevention

From the American Academy of Pediatrics

What is culturally-effective care?
The delivery of care within the context of appropriate provider knowledge, understanding, and appreciation of cultural distinctions leading to optimal health outcomes.

Why does culturally-effective care matter?
The demographic changes in the United States over the last decades have significantly altered the clinical milieu such that many providers are giving care to an increasingly diverse population.

It is estimated that by the year 2050, the percentage of racially and ethnically diverse populations will have increased to a pivotal turning point, such that historically minority populations will exceed 50% of the overall population and will become a majority. In several states in the United States, this transition has already occurred.

What does culturally-effective care look like?
Rather than identifying and focusing on patients’ culturally-bound beliefs or behaviors, providers:
﻿
1. Communicate, by their attitude and behavior, an openness to different cultures.

2. Be willing to adapt, if possible, their clinical practice to acknowledge patients’ and families’/caregivers’ culture.

4. Consider that often the variability within cultures may be more pronounced than between cultures. There is also significant variability between recent immigrants and those that have been in the United States for one or more generations. Cultural assimilation, including the acquisition of English language skills, often increases with time spent in the United States.

From the Asian Health Coalition and the CDC

Breast Cancer
APA women are the only ethnic group for which cancer far outweighs heart disease as the leading cause of death. Breast cancer has the highest incidence and is the second leading cause of cancer death in these women. These findings contradict the popular perception that the burden of breast cancer is universally low among APA women.

Lung Cancer
Among APA men, lung and bronchial cancer are the leading causes of death. The CDC has found large reductions in smoking among Vietnamese, Cambodian, and several other Asian ethnicities.

Colorectal Cancer
All Americans over age 50 should be screened for colorectal cancer (CRC). Yet Vietnamese Americans have low rates of screening for CRC compared to other APAs and whites.

Diabetes
About 40% of adults ages 40 to 74 (or 41 million people) have pre-diabetes, a condition that raises a person’s risk for developing type 2 diabetes, heart disease, and stroke. Studies show that APAs who are overweight are at increased risk for type 2 diabetes, and some groups, including Filipinos and Japanese Americans, are twice as likely to have diabetes as white residents of similar age.

HIV/AIDS
The total number of reported AIDS cases has declined over the past five years for the White population, however it has continued to increase for APAs. While skyrocketing HIV infection rates have pushed African American and Latino communities to demand culturally appropriate education, APAs have yet to secure significant public funding or attention to address the spread of HIV in their communities. It is a complicated dynamic when you’re talking about priorities for funding of HIV/AIDS. More progress is needed toward the greater inclusion of APA populations in government programs and funding. If Americans don’t start paying attention to the spread of HIV/AIDS in each of our country’s unique cultural communities—as well as to the epidemic’s spread beyond our borders—then HIV promises to ravage America for years to come.

CHRONIC HEPATITIS B INFECTION
AND THE APA COMMUNITY

From the Asian Liver Center and the CDC

Hepatitis B is a serious infection of the liver caused by the hepatitis B virus and can lead to premature death from cirrhosis (scarring of the liver), liver failure, or liver cancer.

Although a safe and effective HBV vaccine has been available since 1982, HBV still kills 600,000 people every year worldwide.

In the US
1 in 12 Asian Americans compared to 1 in 1,000 non-Hispanic white Americans have chronic HBV infection.

In the World
About 1 in 20 people in the world (350 million individuals) is living with chronic HBV infection. The burden of HBV infection is greatest in Asia. China alone has an estimated 93 million cases.

Worldwide, there are 10 times more people living with chronic HBV infection than with HIV/AIDS.

The Silent Killer
Chronic HBV infection is dangerous because there are often NO symptoms.

As many as 2 out of 3 chronically infected persons are not aware that they are infected.

Without appropriate medical management, 1 in 4 of those chronically infected will die from liver cancer or live failure.

Minorities struggle to advance in academic medicine:  A 12-y review of diversity at the highest levels of America’s teaching institutions
Yu et al.

Conclusions
Minorities, including Asian Americans, and women remain grossly underrepresented in academic medicine. Blacks have shown the least progress during this 12-y period. The disparity is greatest at the highest levels (professor, chairperson, and dean) of our field. We must redouble our efforts to recruit, retain, and advance minorities in academic medicine. 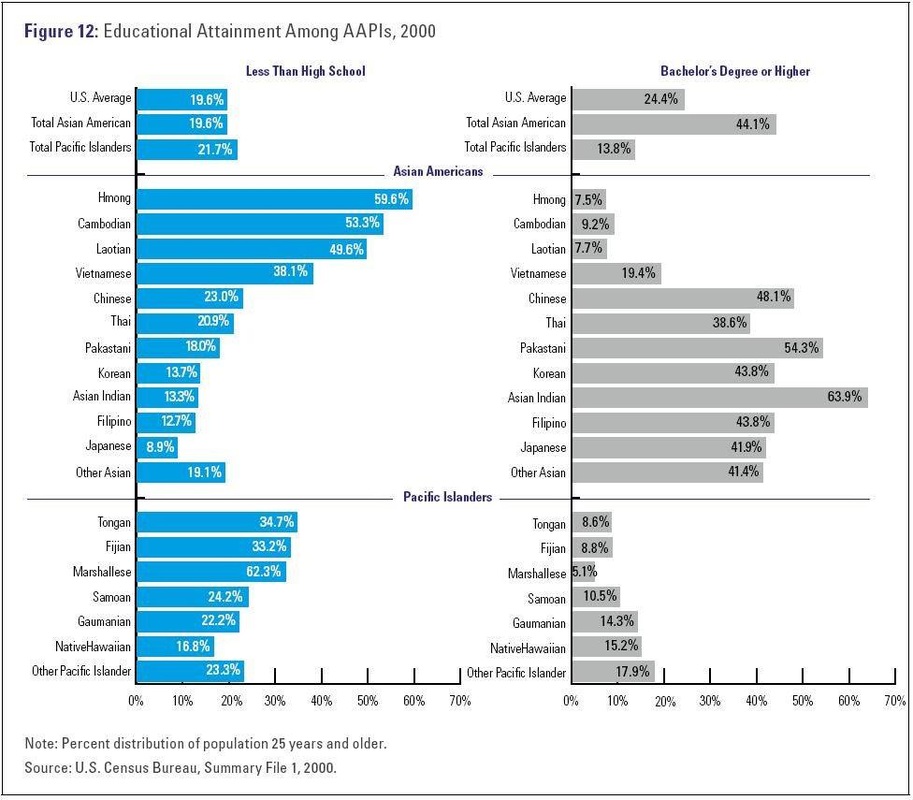 EXCERPT FROM
YELLOW: RACE IN AMERICA
BEYOND BLACK AND WHITE
BY FRANK H. WU, JD